As an avid listener of the Archers I have been fascinated by the storyline of the marriage between Rob and Helen. Rob’s abuse of Helen has now culminated in a bloodbath and criminal prosecution.The topic of today’s post is, however, what Helen could have done to protect herself before it came to this.

Helen Titchener (née Archer), the daughter of Pat and Tony, was suffering from anorexia when younger and was in a relationship with the former game keeper who then took his own life. She decided she wanted a child when she did not have a partner and had Henry (now 5) by IVF. She formed a relationship with Rob Titchener, who was working at the estate farm and was then still married. He divorced his wife and married Helen, to the astonishment of her family. Rob seems charming and takes everyone in. Over the last year or so, the listener witnessed how he became more and more controlling of Helen and was violent to her. He became ostensibly caring but even more controlling after she told him she was pregnant. He stopped her from working, then from driving, talked behind her back to destroy her friendship with Ian (casually told him that his husband had kissed a colleague and Helen knew), and Helen started doubting her own sanity. Eventually, she confided in her old friend Kirsty who gave Helen a spare mobile phone and put in a number of a domestic abuse helpline.

Helen decided to leave Rob and packed a bag. While cooking dinner in the kitchen, she told Rob and he took a knife and challenged her to kill him as this was the only way she would be able to get rid of him. He then seems to have run past her to get Henry and she took the knife and stabbed Rob.

Rob survived and Helen is now on remand for attempted murder. Henry was staying with Helen’s parents while Rob was in hospital, but Rob failed to return Henry after the first contact and there are now legal proceedings about where Henry should live, while Henry is living with Rob and only sees his maternal grandparents on Sundays. In the meantime Helen has given birth to a baby boy in a mother-and-baby unit of a prison who she has named Jack. Rob wants Jack to live with him (and has given him a different name). Helen has difficulties getting her own story together and giving her lawyers instructions. 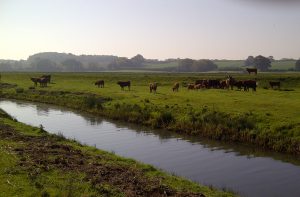 The question for me while following the story was what Helen could have done if she had sought legal advice before she left Rob. This is tricky because Rob is good at lying, so good most people believe him and doubt their own senses and sanity. Even judges are regularly taken in by such people as the recent case of Ben Butler jailed for life for murdering his daughter shows. As for Helen Rob seems to have been “gaslighting” her. He seems to have deliberately filled Henry’s bath which Helen was running, with scolding water so that Helen would believe she was losing it, for example. If Helen had left, he would have almost certainly argued she was unfit to look after Helen (and later the then unborn child) and applied for them to live with him (as he is now doing). All the abuse was behind closed doors and it would have been Helen’s (very confused) word against Rob’s (convincing and clear) evidence.

If Helen had come to me I would have firstly considered her own and Henry’s safety, whether the risk to them was such that she had to leave immediately or whether perhaps she could stay to gather evidence. It might have been possible to leave Henry more and more with Helen’s parents using excuses and also get rid of Rob’s mother Ursula (who seems even more manipulative than Rob) by Helen pleading she needed a quiet house during the pregnancy. Helen should always have had an escape plan for immediate help including friends and family who could come and a way to dial 999 to call the police. Should could have talked to the police to make them aware of the situation anyway.

If the risk was too high, I would have advised Helen to leave straight away, but she would have had to be prepared for a lengthy and relentless legal battle over children issues and finances with Rob. She may have been able to mitigate this by going into a women’s refuge, but it is difficult to hide for ever and Rob would have no doubt made applications for contact with Henry, even though he is not his legal father (he apparently has parental responsibility).

If by using some safeguarding measures Helen could have stayed on for a bit, she could have considered how to ensure that there were independent witnesses to the abuse while not provoking Rob to have dangerous outbursts. This is a tricky strategy, but it may have worked. She could, for example, have asked Rob in the village shop for the car keys so other people independent of the family would have witnessed him refusing (or taken the keys so that he would have demanded them from her) etc. Rather than having oral evidence against each other, the only way to win a case against a convincing abuser like Rob is to have external hard evidence, written documents or entirely independent witnesses.

The other strategy, which incidentally Helen’s family should pursue now, is to delve deeper into Rob’s background and anything he did. This could include:
finding out why he suddenly left his job at the estate (he would have been sacked for misconduct) and once this was found out, get witness evidence from the colleagues and research into his previous employment too;

Clients often ask if they should film their partner so they have proof of the behaviour. The family courts hate this because it seems overly intrusive and harassing in itself. However, at times this might be the only way to have evidence of abuse. This is something Helen should have considered with her solicitor in great detail. If so, cameras could have been installed in the house without Rob noticing and the footage would only be used if absolutely necessary and after Helen was away and safe. This would have required considerable logistical planning.

Staying to gather evidence would have been a risky strategy, not least because Rob’s barrister would have cross-examined Helen and put it to her why she did not leave the abuse and exposed Henry to it if it was that bad. So protecting Henry and her must be the absolute priority in any event.